Chef’s Table and The Hunt for Lulu 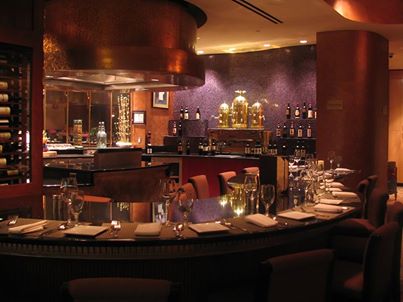 Chef’s Table and The Hunt for Lulu

We are honored to be included in David Brai’s upcoming Chef’s Table event at Al Dente, Foxwoods Resort & Casino’s four-star Italian restaurant. The James Beard-recognized chef sources the finest local produce and protein for a series of intimate 5-course seasonally inspired meals cooked open style in front of 15 diners arranged around a semi-circular bar. David interacts with and educates his guests while preparing and leading them through a tasting tour of his favorite farms and livestock producers with specially selected wine pairings. 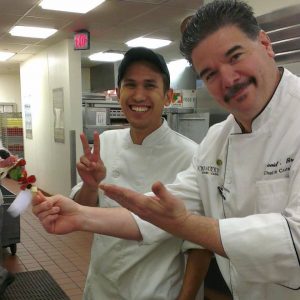 He wants people to be able to access quality products for their families at home and feels strongly about expanding the the impact and reach of sustainably raised local products. “They are more nutritious with flavor that is out of this world”, notes the graduate of the Culinary Institute of America. Small family farms can grow superior old heirloom varieties of fruits and vegetables close to market that have been rejected by today’s big corporate growers because they don’t travel well or don’t ripen all at once. Local farmers often work with a much lighter hand on the land, limiting chemical applications through organic methods and integrated pest management programs.

The pastured protein (free-ranged “rose veal”) that David sources from us and the heritage pork he gets from Firefly Farm in North Stonington, CT are grown in rotational grazing programs that support soil health, increase organic capital and maintain diverse pasture that regenerates high-quality forage. 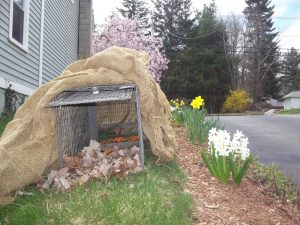 We are currently caught up in an ongoing adventure involving a female Silver Fox rabbit (doe) who escaped a week ago while here on what was expected to be a brief breeding visit. My young friend Sage and her Dad had bought the female from us last fall. Lulu is now 7 pounds and ready to have her first litter of kits. We put her in the large hutch with the buck. Alas, she wanted nothing to do with Gray, hopping around in a futile effort to escape his romantic overtures. In the blink of an eye, she found a gap where two staples attaching the chicken wire mesh to the 2 x 4 framing were missing and a bit was rusted or gnawed through. She capitalized on the breach in our security perimeter, squirming through and landing on the hay below.

Lulu describes herself in her online profile as “wary and hard to corral”. She has certainly proved that out. She had been living an essentially free-range life at Sage’s home farm, residing under the chicken coop with a Netherland Dwarf named Mr. Buninsky and making brief grazing forays out into the yard and often as far as the hosta bed. Buninsky disappeared recently (probably into a hawk) and Lulu appeared in the chicken coop one day, launching us into this saga.

We had a fighting chance. The three of us attempted to close in slowly but a head fake and Walter Payton move gained her freedom. We could not approach her -she would go zooming off if we got inside her 15 foot flight radius. So trapping it would be then. The Havahart was set with carrots and kale and placed near the stockade fence by the pine tree where she had been spotted. In the morning she was eating IN the trap but was careful to never touch the trip mechanism. She hasn’t gone far and is often seen under the dense arching branches of the forsythia. In a troubling development, however, she seems to be quite content in her fondness for my neighbor’s flower bed. It would be funny if we didn’t have such a neat and particular neighbor. I’m not sure who is going to get shot first – the rabbit or me.

We have now moved up to a bigger trap with a hair-trigger treadle pan camouflaged with burlap and leaves at the entry and baited with carrots way in the back. We look forward to ending the rabbit’s reign of terror and getting her bred and back to Purple Cow Farm.

Sorry, the comment form is closed at this time.